Thebes seems like the right place to announce the launch of the EUROFRONT website. EUROFRONT is a two-year Marie Skłodowska-Curie project that began last August. It’s being hosted by the Institute for Mediterranean Studies (IMS-FORTH) in Rethymno, Crete, with a 6-month secondment at the University of Zagreb’s Department of Archaeology.

I first came to Thebes in 2012, when Bucknell University’s excavation of the Ismenion Hill was in its early days of digging (more here). The geophysics team from the IMS-FORTH had been hired to conduct a magnetic survey of the site. As a summer intern at IMS, I was one of the members of that small crew. Flash forward to 2018, and I’m back in Thebes spending a week in the project’s apothiki (store room) to learn more about the Byzantine and Ottoman pottery the team found during the dig. The team has just put together an exciting article on a Byzantine bothros (pit) that will appear in the journal Hesperia in the near future.

Thebes is a great place to think more broadly about historical archaeology, and how archaeologists in Greece talk about the Byzantine, Frankish, and Ottoman phases of history in urban centers (like Thebes) and rural landscapes (everything around Thebes). The new archaeological museum just opened here in 2016, and along with the standard array of glazed pottery and roof tiles, the info panels touch upon the rich dynamics of life in a busy Ottoman town. Still, there’s a lot of work to do – and a lot that isn’t known about life in the countryside.

This is where EUROFRONT comes in. Over the next year, I’ll continue investigating historical “frontier zones” in Greece and Croatia, looking specifically at rural areas that were controlled by the Venetians and Ottomans (and in Croatia, the Habsburgs, too). I’ll keep posting updates here on the EUROFRONT blog and update the website with new photos, datasets, and other info about the project.

For now, signing off from Thebes. 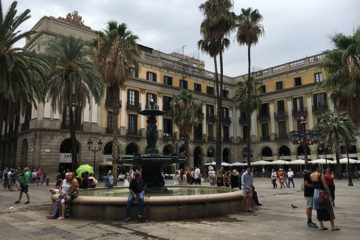 Reflections on the 2018 EAA Annual Meeting

This past September, as thousands of archaeologists convened in the medieval center of Barcelona, I was getting ready to present the preliminary results from the interviews that Dr. Ioanna Antoniadou and I conducted in Zakros Read more 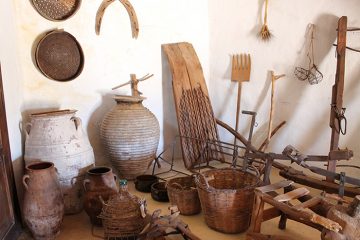 While the academic year is starting up in many places, here in Greece the summer is still winding down. For me, this means having the time to finish up the projects I’ve been working on Read more